Is A Succulent An Angiosperm?

Succulents are wildly popular as houseplants and are well known because of their unique appearance and hardiness.

There are more than 10,000 species of succulents all over the world, in vastly diverse colors, shapes, and sizes.

They are fascinating to study and have many questions surrounding them.

Some of the most common questions are about their appearance, their ability to store water reserves, and their flowers.

Flowering, seed-producing plants are called angiosperms, which begs the question, are succulents angiosperms?

Is A Succulent An Angiosperm?

Angiosperm refers to plants that bear seeds within their fruits and many succulents have flowers and produce seeds, but not all.

Let’s dig in a little deeper by exploring the definitions of succulents and angiosperms.

What is a succulent?

The word succulent comes from the word sucus, a Latin word meaning full of sap or juice.

Succulents are plants that have fleshy, thick, leaves that contain liquid, juice, or sap.

This allows them to store up water and retain moisture.

People often describe succulents being drought resistant since their reservoirs enable them to hold onto water when they get it and use it later when they need it.

While we often think of succulents as being primarily desert plants, they thrive in many environments worldwide.

They are popular as houseplants for home or office because they are not difficult to take care of.

They require very infrequent watering and little if any pruning, making them low maintenance and forgiving if they are not regularly tended.

Succulents come in such a wide variety of shapes, colors, and sizes that it’s easy to find one to match any décor and style and fit into any space.

Under the ideal conditions, they grow well in outdoor gardens, too.

Since they prefer dryer soil and don’t require frequent watering, they don’t attract as many pests as their thirsty counterparts that prefer soil that is always moist.

Their thick, tough, and waxy leaves deter pests because they are much more difficult for them to chew through than the thin leaves of many other garden plants.

What Is An Angiosperm?

It is used to describe plants that bear seeds in their fruits.

About 80 percent of all living green plants are angiosperms, approximately 300,000 species of plants in all.

They are vascular plants, meaning they have plant tissue, vessels, or veins that transport nutrients, sap, and water in these flowering plants.

The eggs of angiosperm plants are protected, fertilized, and develop into seeds within ovaries found in the plant’s flowers.

The other 20 percent of plants are non-flowering or gymnosperm plants.

Gymnosperms are different because their seeds are exposed or naked rather than protected within a vessel.

Nearly all of the plants humans eat today are angiosperm plants.

Flowering plants, or angiosperms, are durable and can thrive in more diverse habitats than gymnosperm plants.

They mature more quickly, too, and produce far more seeds.

Why Some Succulents Are Angiosperms And Others Are Not

Succulents have fleshy leaves that retain moisture the plants can use later on.

Angiosperms have flowers, and their seeds are protected within their fruits.

Understanding those basics gives us a good foundation for diving into why some succulents are angiosperms and others are not.

Succulents are not a botanical class.

Instead, many different classes of plants have succulents within them.

Some are flowering plants, and others are not.

Because they flower, they are all angiosperms along with all other plants that produce flowers.

But a few are succulents, like Conifers, Ginko, and Cycads.

Since most plants, including most succulents, are flowering plants, the majority of them are angiosperms.

While some succulents rarely bloom, any succulent that will eventually flower can be considered an angiosperm. Why Is My African Violet Wobbly? (Explained) 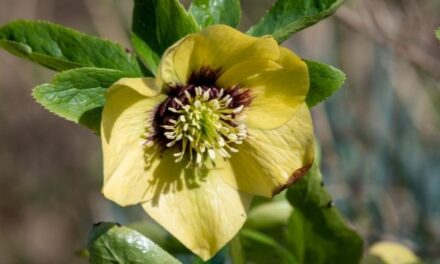 Why Are My Hellebores Not Growing? (And How To Help Them) How Big Does A Mammillaria Get? (Plus Care Guide)

Will Grass Grow In Sand? (Explained)